Ho Dong Tien (Fairy Lake Cave) is located in the center of Halong Bay. Legend has it that this place was originally a charming deserted place. On the cool afternoons, fairies would fly down to bathe and play in the lake surrounded by rocky range in the middle of the cave. Therefore, the cave was named Fairy Lake Cave. its name denotes a Cave that has a Lake inside where Fairies come and enjoy. 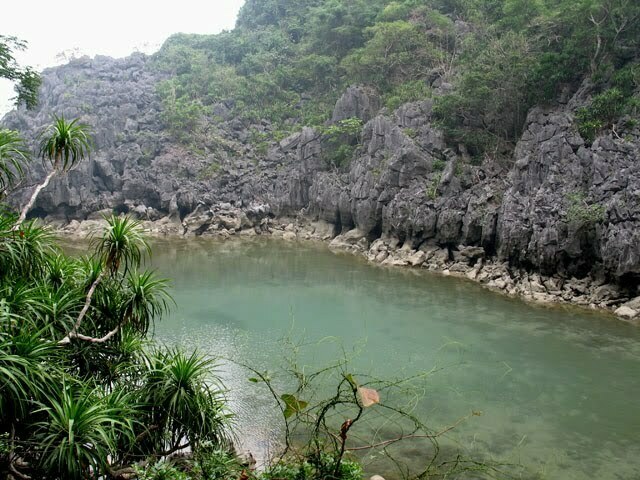 Not only is it one of the most stunning caves in Halong Bay but Ho Dong Tien Cave also offer so many values in terms of geology, geomorphology and formation history of Halong Bay.

Unlike many caves in Halong Bay, Ho Dong Tien is not as high from the sea level, even though the entrance was renovated high and wide for more convenient transportation. 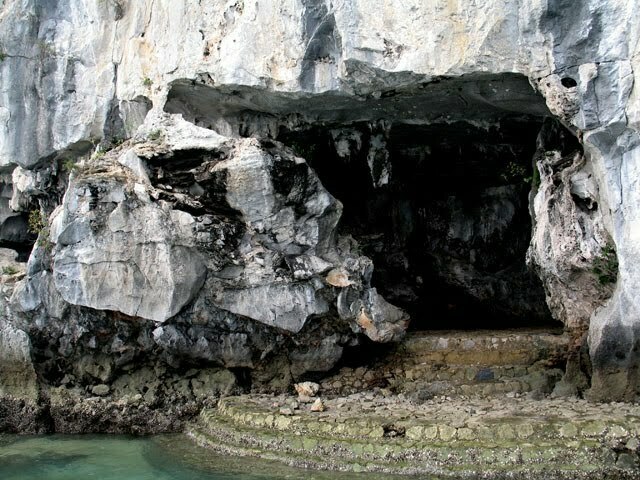 The cave consists of 3 rooms the last one of which can only approach through a narrow passage. The passage is very tight that it only fits one person and you already have to be careful not to hit the rock ceiling.

Ho Dong Tien reserves many traces of cave grounds of different periods. Those traces resembles long lofts hanging along the cave wall. They old layers of ground cohere strongly with each other by CaCO3. The lower part of those layers have been eroded by the streams through the cave during thousands of years. The remnant of cave grounds through different periods can contribute greatly to the restoration of geological history of the vast area surrounding Ho Dong Tien Cave. 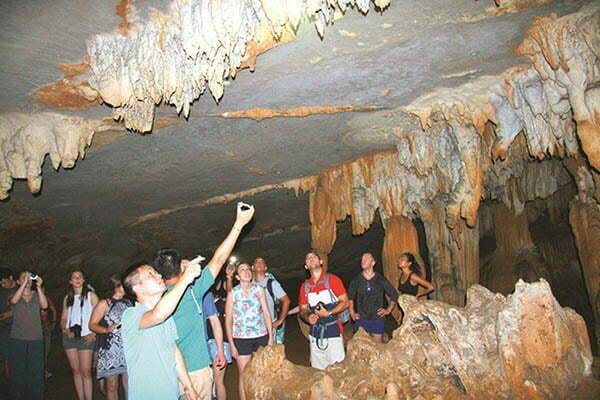 The second room is a larger cave dome and there is an exit leading you to Tien Lake. This lake is in fact a karst funnel with the bottom filled with lush turquoise water. This water body is a very special ecological environment, separated yet connected with the sea through the underground cave and karst cracks system. Therefore, there exists a unique biota (animal and plant) system that includes even endemic species in this secluded area. 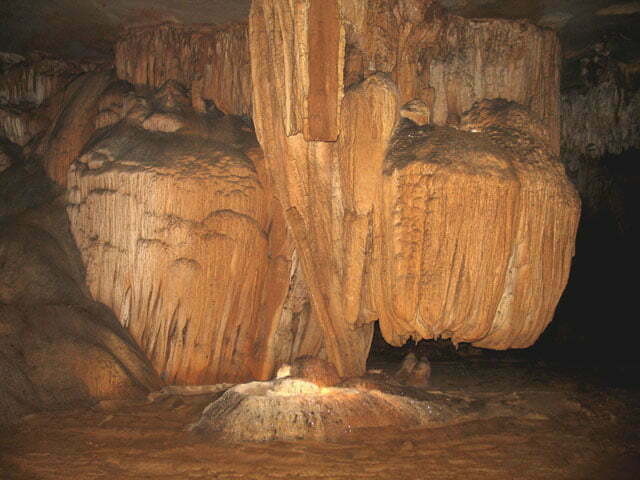 The magical beauty of this sparkling heaven is most portrayed in a huge stalactite. It was called by the name “Chén Ngọc” (Pearl Cup) which is a best match for such beautiful and intriguing shape. It looks like a cup’s mouth with a pearl floating in sacred water. If you look at Chen Ngoc from a slightly different perspective, it appears as an impeccable bosom of a gorgeous fairy. 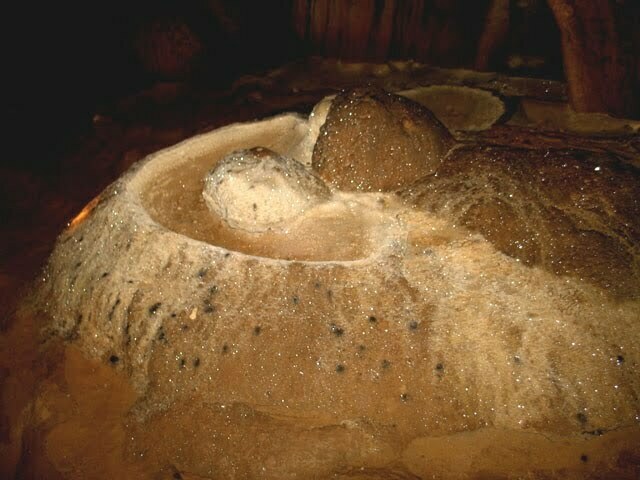 Exploring Ho Dong Tien Cave will not only help gain precious knowledge on unique geological features of the area but also give you a wide scope for imagination. 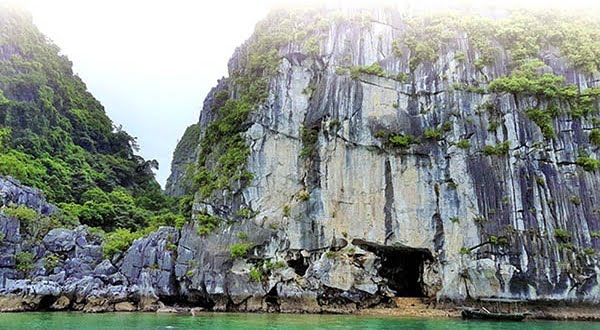 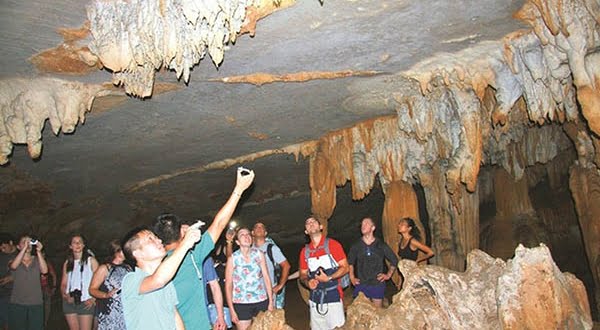 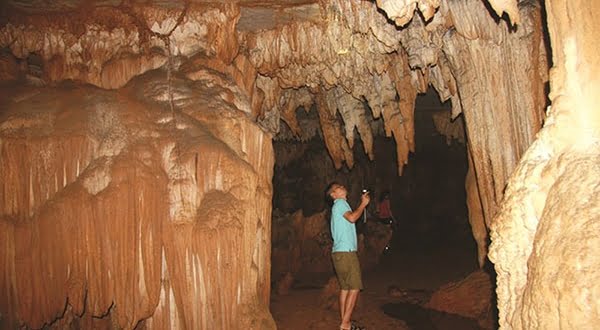 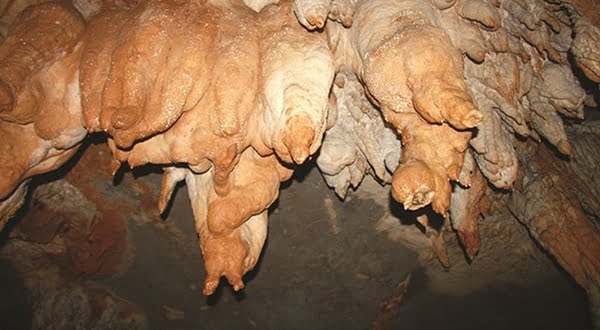 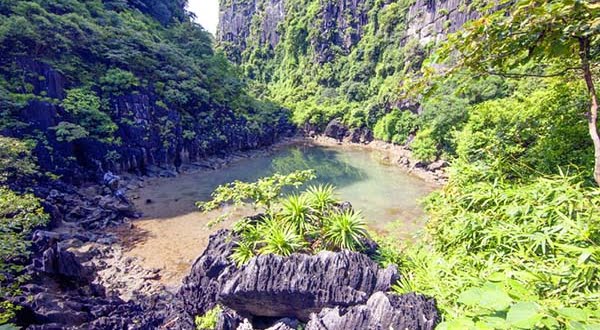 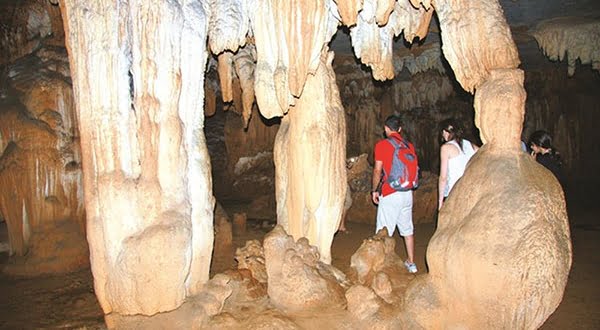