With the length of 100 meters and the depth of 5 meters to 10 meters, lying on the opposite side of Dam Bac islet and in front of Soi Sim islet, Kim Quy grotto has created itself a colorful and unique picture of beautiful nature. Its appearance is the highlight of cave system in Halong Bay.

Inside Kim Quy cave, besides the golden turtle-like block of stone, there are also many stalactites drooping from the ceiling of the cave. These stalactites combines with the reflective light will create a fanciful picture in the cave. From the unknown places in the grotto, the sound of flowing water fancies visitors by its melodious rhythm.

Deeper in the grotto still holds a very interesting thing to be explored. There are still the relics of dun ironwood pegs. These pegs used in the battle in Bach Dang river makes the legend of golden turtle become more actual in the belief of visitors. 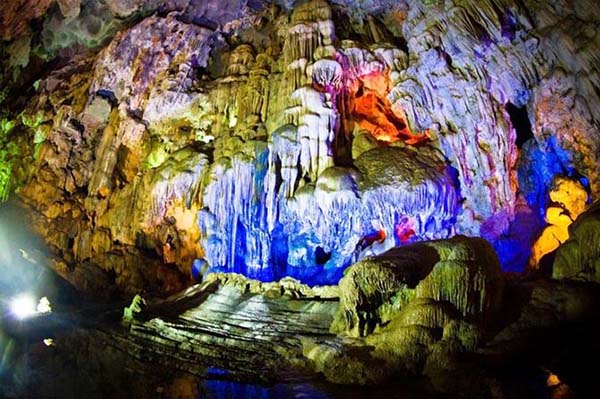 The legend has it that after the Golden Turtle helped Le Loi defeat the invader, he took back the sword and swam back to East Sea. Knowing that there is many marine goblins in the region, Golden Turtle came to see God of the Sea and asked if he could help eliminate them.

After killing all the goblins, Golden Turtle was exhausted so he went to this grotto and rested. Later on he was changed into rock and immobile in his eternal rest.

When you come to visit the grotto, you will see a resting-turtle-shaped rock with a lot of  scar marks.

What’s interesting about the grotto also lies in its location. It is located close to the primeval jungle where you can definitely pay a visit during your journey! 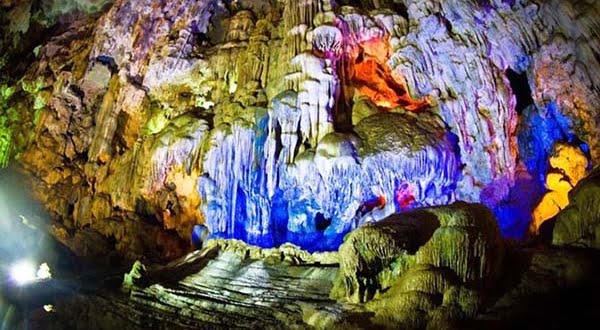 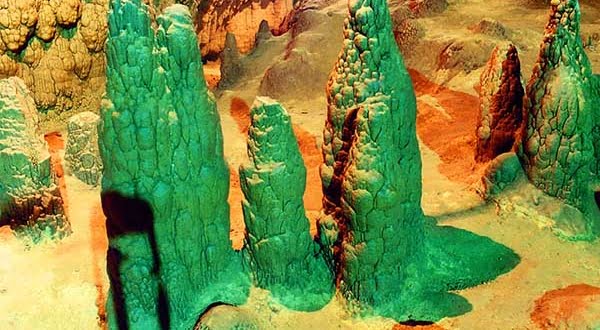 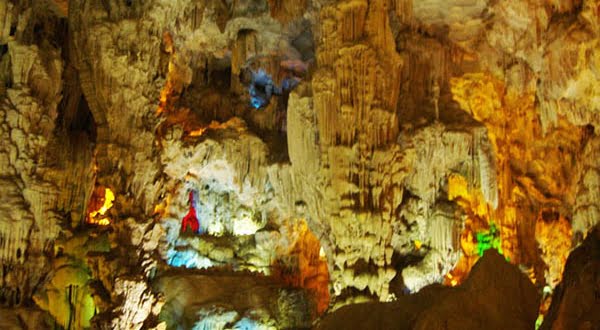 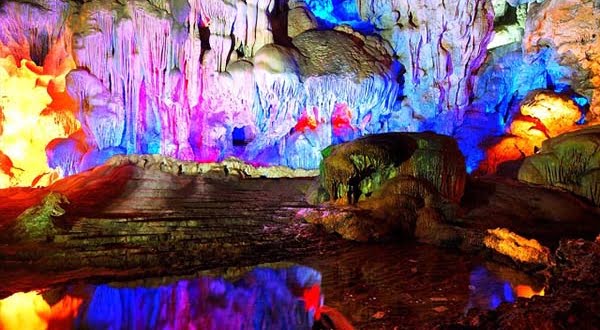