… And how to plan a perfect trip that avoids all the shortcomings and covers all good points of the two?

Ha Long Bay with it extraordinary system of karts was declared a UNESCO World Heritage Site in 1994. The Bay is dotted with 1,600 limestone islands and islets and covers an area of over 1,500 km2. Their limestone worn down by 500 million years of tropical downpours, and topped by thick jungle growth. Some of the islands are hollow, creating majestic caves. Some of the larger islands have their own lakes. At the centre of the bay there are 775 of the formations in an area of just 330 square kilometers – an invitation for travelers to board a traditional Vietnamese junk-boat and explore the bay, it’s islands, caves, and floating villages.

For many tourists, this place is like something right out of a movie. The fact is that Halong Bay features a wide range of biodiversity, while the surrealistic scenery has indeed featured in endless movies, including Kong Island.

Located to the south of Halong Bay, Lan Ha Bay, home of Cat Ba Island, spreads over an area of more than 70 km2, of which 54 km2 are under the management of Cat Ba National Park. While the administrative boundaries place Lan Ha Bay within Hai Phong Province (not Quang Ninh Province, to which Halong Bay belongs), the similarity in its formations, with some 400 islets scattered over the area, means that locals and tourists alike mutually acknowledge it as a part of the vast Halong Bay zone.

Unlike its famous neighbor, Lan Ha Bay reserves a more pristine scenery with an intense concentration of limestone mountains, which the sea surface has partitioned into smaller bays and gulfs. With over a hundred beautiful, small beaches lying at the feet of the mountains, there is no problem finding a good spot for swimming, organizing a private beach BBQ, or an overnight camp. Just imagine, after a long day kayaking through caves, you can totally relax while bathing in the azure waters and breathing the salty sea breeze of Lan Ha Bay.

Ha Long Bay used to be so famous because of all the geographical and geomorphological characters as well as cultural value. That’s why Ha Long Bay was recognized as one of the 7 Wonders of Nature in 1994 and remained its title since then. Famous tourist attractions such as Heaven Grotto (Động Thiên Cung), Surprise Cave (Hang Sung Sot); however, are now literally surprised and freaked out by so many people visiting every day. Halong Bay is polluted and crowded with boats as far as the eye can see. 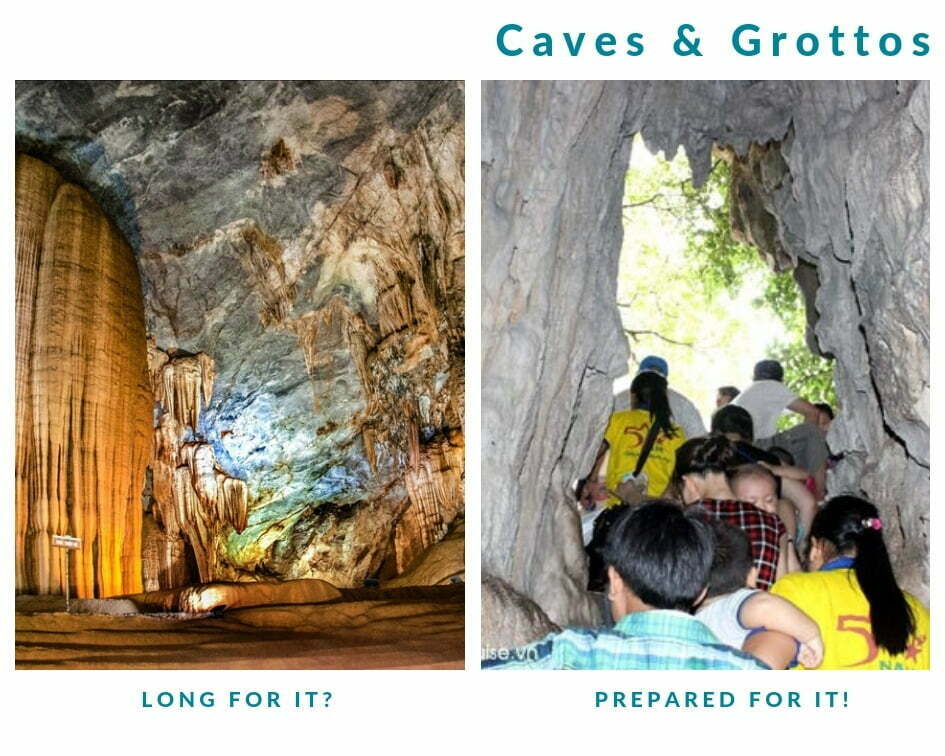 Lan Ha Bay is less frequented, which can make the experience hugely different.  For a long time, Lan Ha Bay has lived in the quiet shadows of its famous sister Ha Long Bay. Therefore, its hidden charm remained almost the same with serene presence. 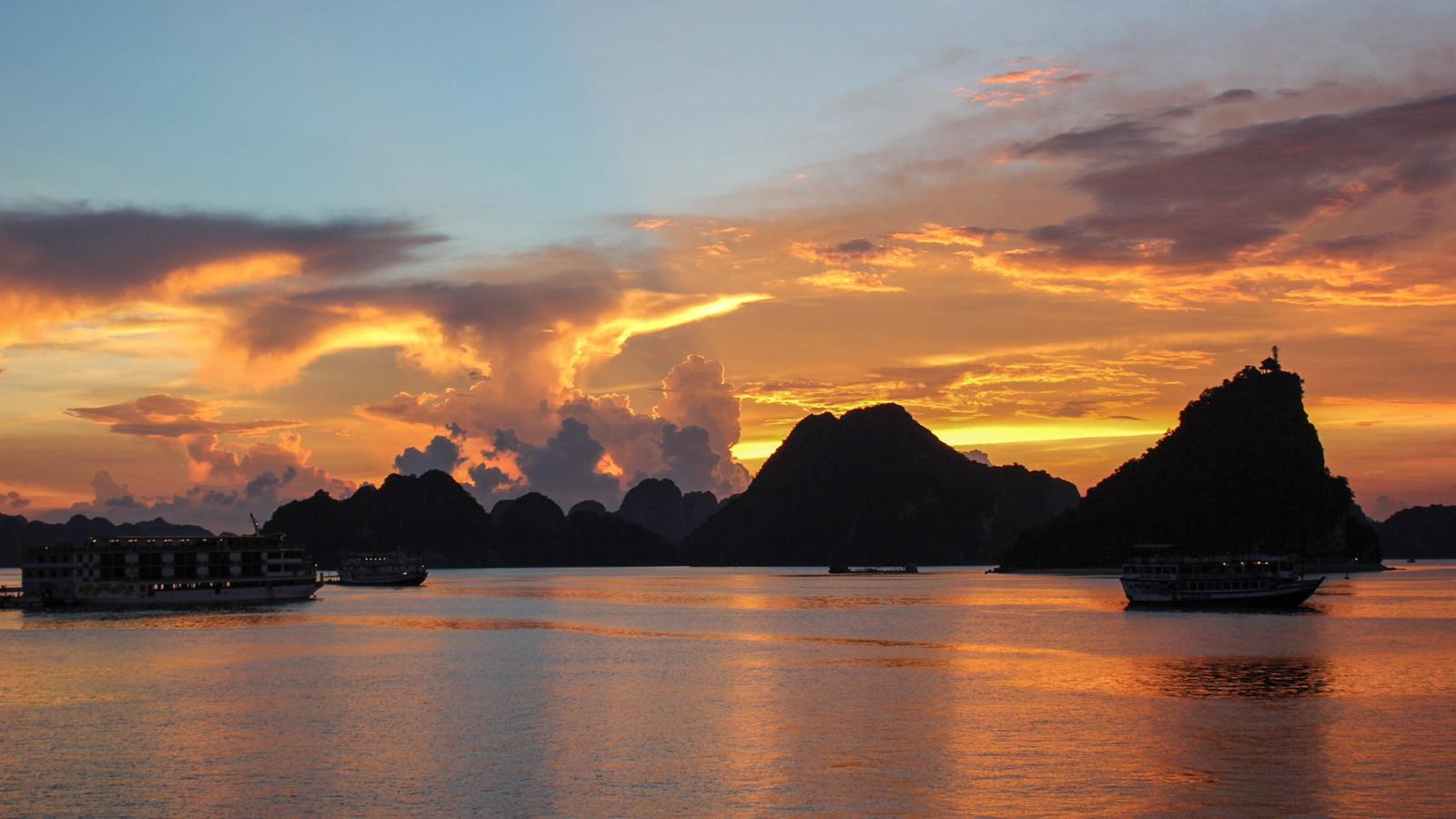 Lan Ha Bay has gradually gained popularity, thanks to its unspoiled and magnificent natural beauty, and as people look for pristine and less-crowded destinations. The density of limestone islands here is quite thick and still very primitive. It’s divided sea surface into small, bays. Lots of lagoon and caves have not yet been discovered. There are hundreds of islands with many shapes depending on the imagination of tourists. Stalactite caves, the characteristic features of the Halong, are also present in Lan Ha.

Which bay is easier to get to? HA LONG BAY!

Lan Ha Bay is about 163 km from Hanoi.  To get to Lan Ha Bay, you will have to transit using ferry/speedboat to get to Cat Ba Island. Then from the ferry terminal in Cat Ba Island, you take the bus again to the port in Cat Ba town to take on cruise. That can be tiring and boring too. There are several ways (see below) but you always have to transit. Not to mention on the second bus session (on Cat Ba Island, from the ferry terminal to center town), the quality of the transportation vehicles is usually less than of that from Hanoi to Hanoi.

In contrast, Ha Long Bay is easily to get to, just in 1 ride. Hanoi – Ha Long route (only 151km) is shorter than Hanoi – Cat Ba. Moreover, it can take down to ONLY 2 hours 30 mins if the bus you book goes through the brand-new highways Hanoi – Hai Phong and Hai Phong – Ha Long.

If you go fromNoi Bai International airport, Ha Long is also nearer. Especially if you go by seaplane, it takes only 45 minutes to get to Halong Bay.

Which bay has more to see? DEFINITELY LAN HA BAY

A big bonus point for Lan Ha Bay is Cat Ba Town. Cat Ba town is more interesting and enjoyable, than beautiful.  Concrete hotels, four or more stories high, stand like soldiers along the Esplanade, the randomly painted ones bringing a tiny taste of Italy to the scene. 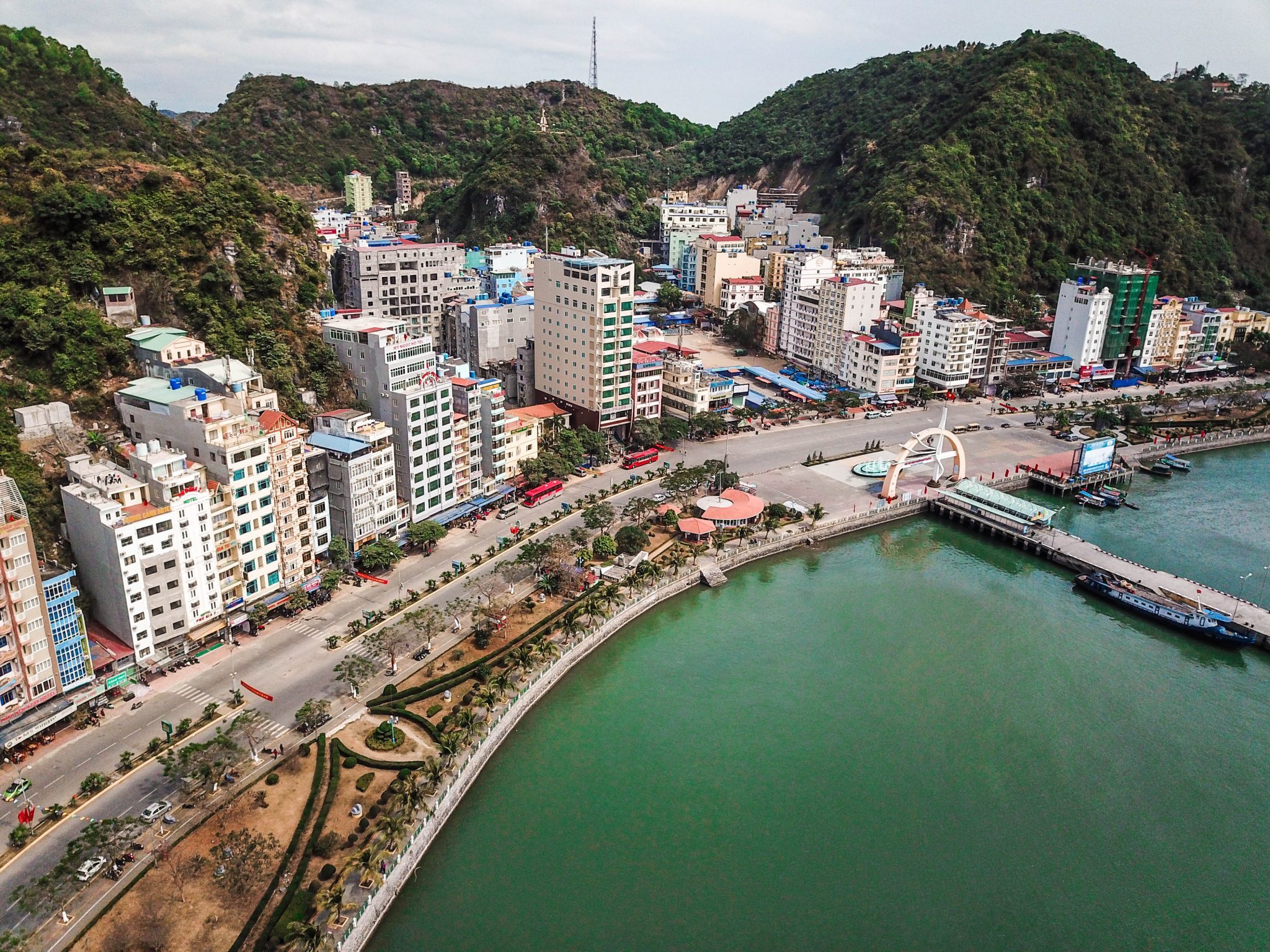 Cat Ba island has beaches, caves and restaurants to explore between trips out into the limestone green waters of the bay. 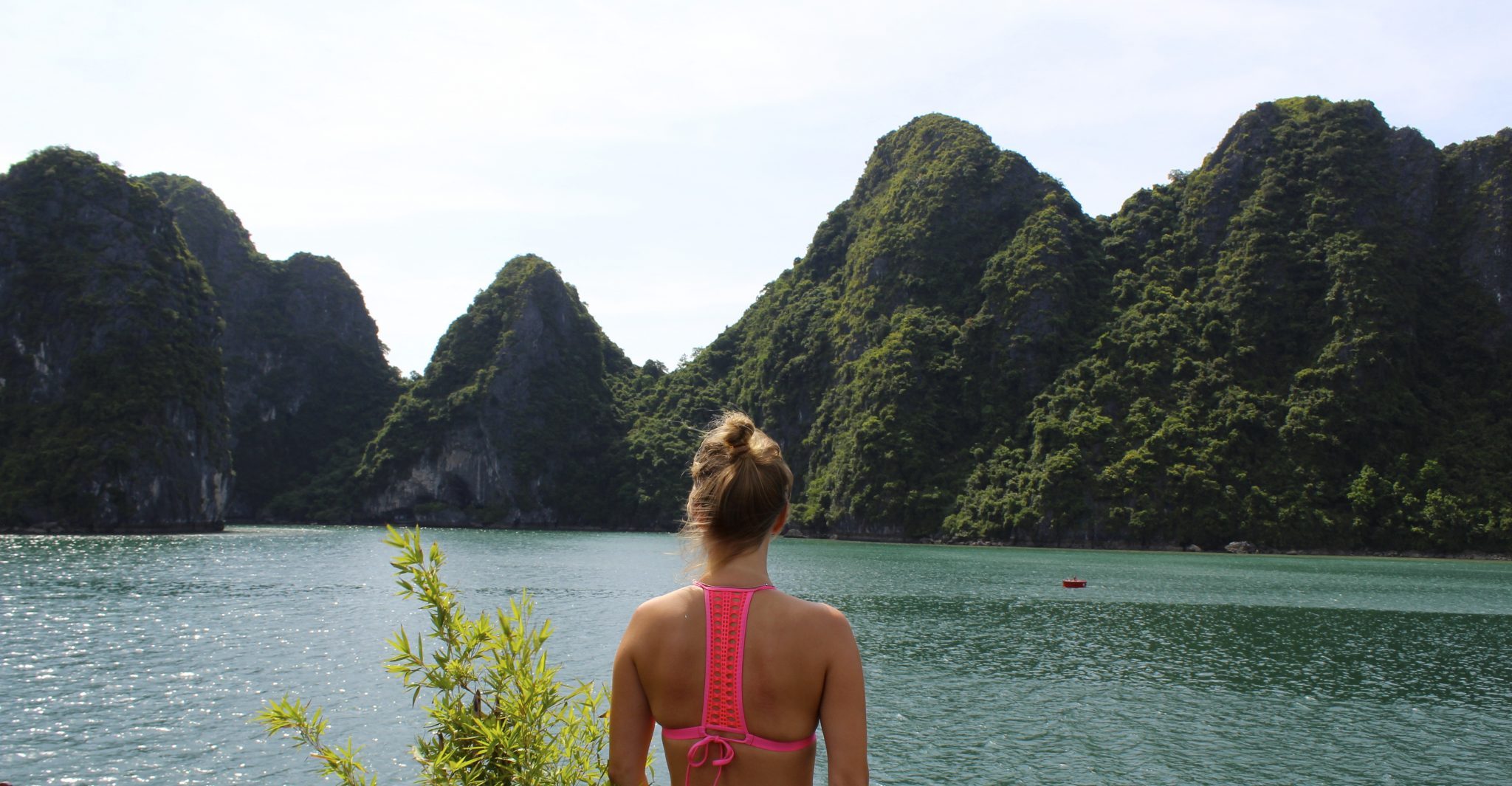 Which bay has more to do? HA LONG BAY

While swimming, kayaking, rock climbing, fishing, snorkeling are possible in both bays, some specific activities are exclusive for either Lan Ha Bay or Ha Long Bay.

If you want to go trekking, or stay in bungalows, go to Lan Ha Bay.

If you want to go canoeing, diving, cruising overnight, go to Halong Bay. 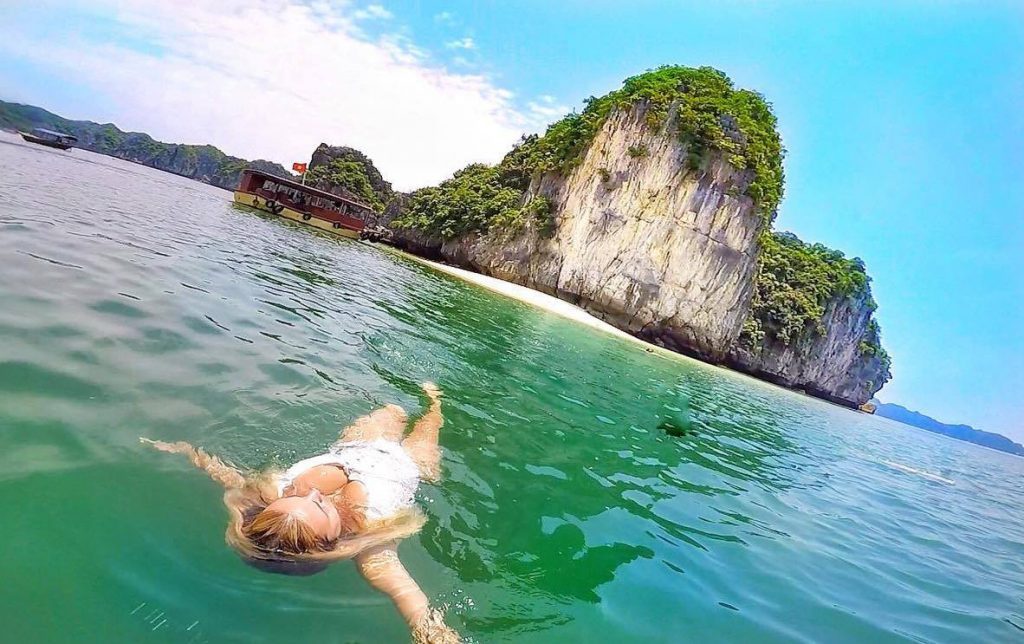 Which bay is better for history-lover? AGAIN, LAN HA BAY.

Ha Long Bay has seen lots of ups and downs in the feudal time, while Cat Ba retained a lot of historical places during the last wars of Vietnam. The list is long, including Cannon Fort, Trung Trang Cave, Quan Y Cave, etc. 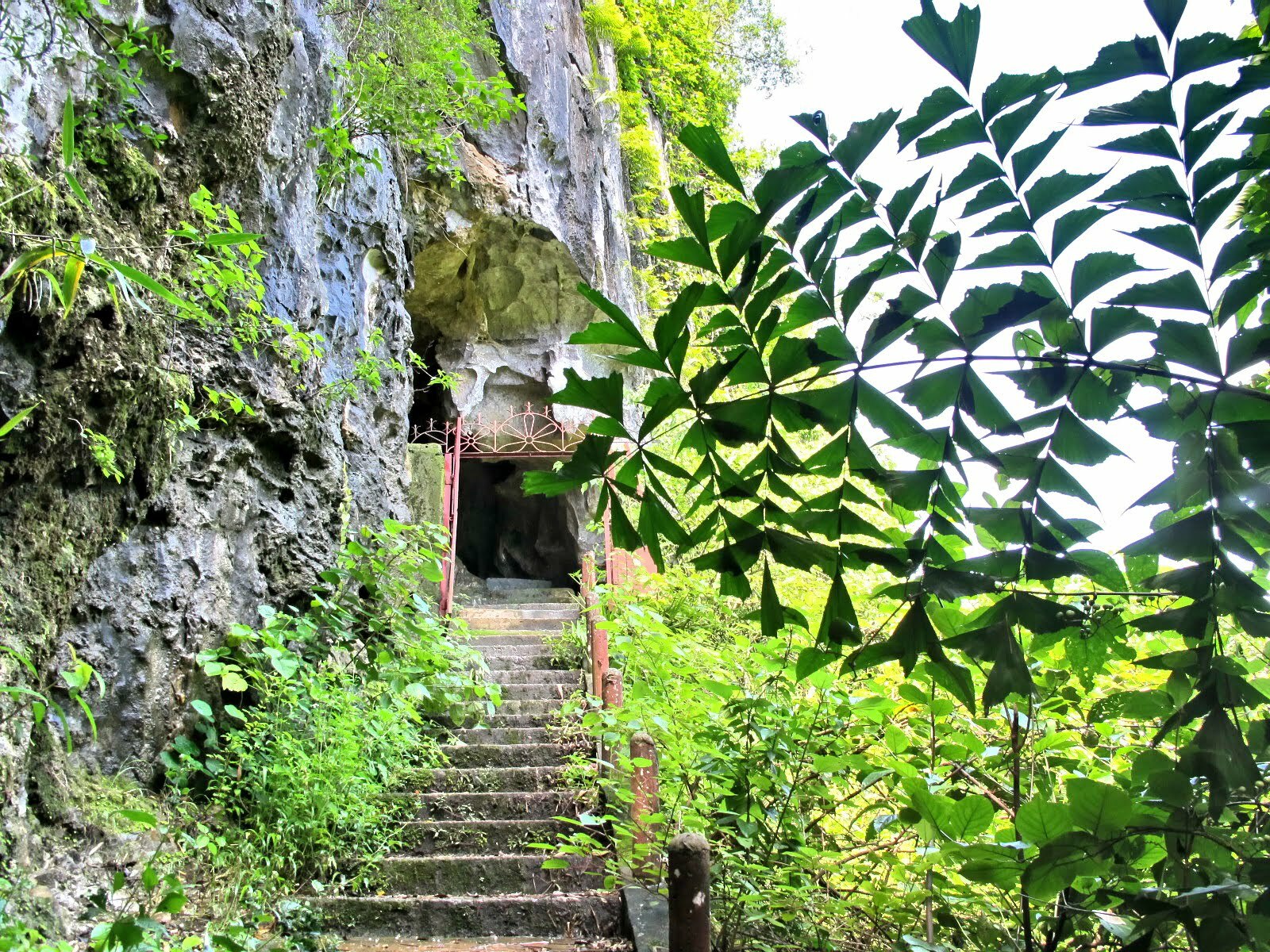 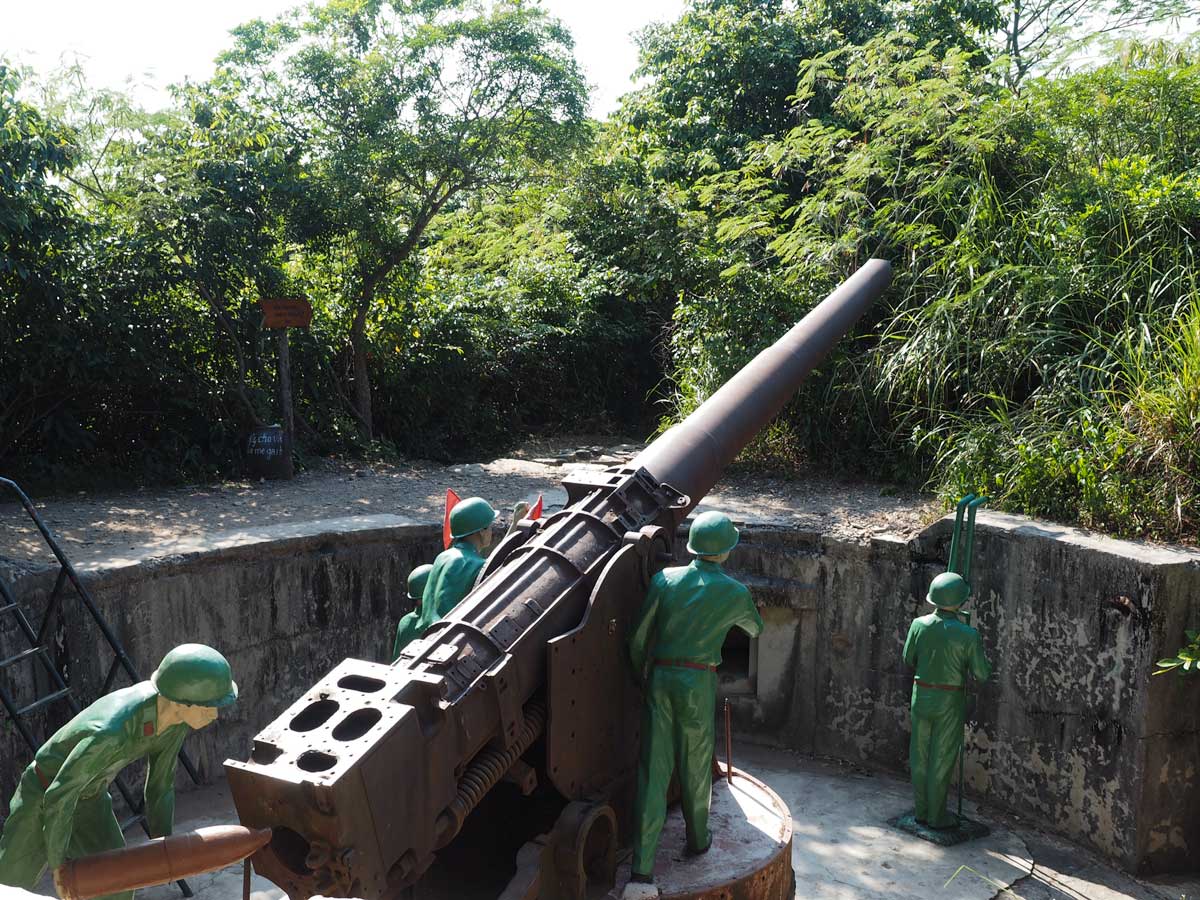 Which one has more option to choose for luxury travelers? LIKELY HALONG BAY!

Halong got into the race way earlier than Lan Ha Bay and has been attracted a huge number of investors. That’s why as far as the eyes can see the cruise scenario in Halong Bay looks more luxurious than that of Lan Ha Bay. 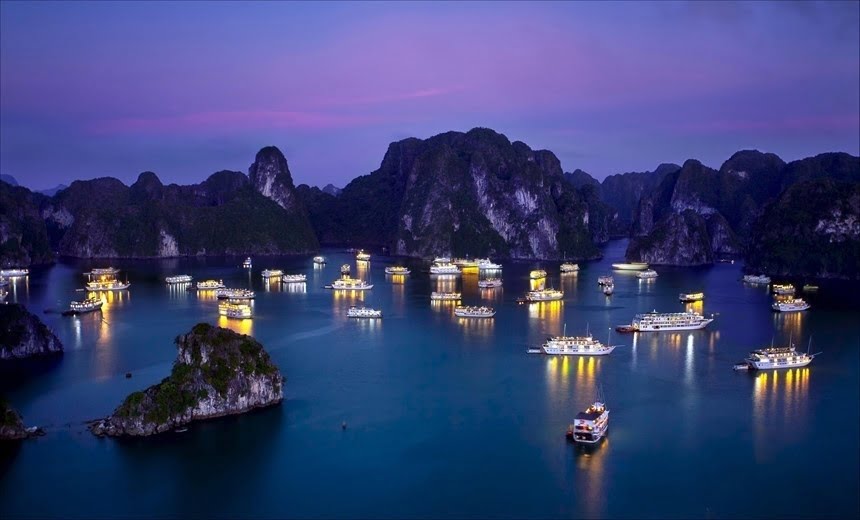 However, it is not to say that there’s no luxurious cruise sailing in Lan Ha Bay. Serenity Cruises, Stella Of The Sea Cruise are among those luxurious cruises in the Bay. 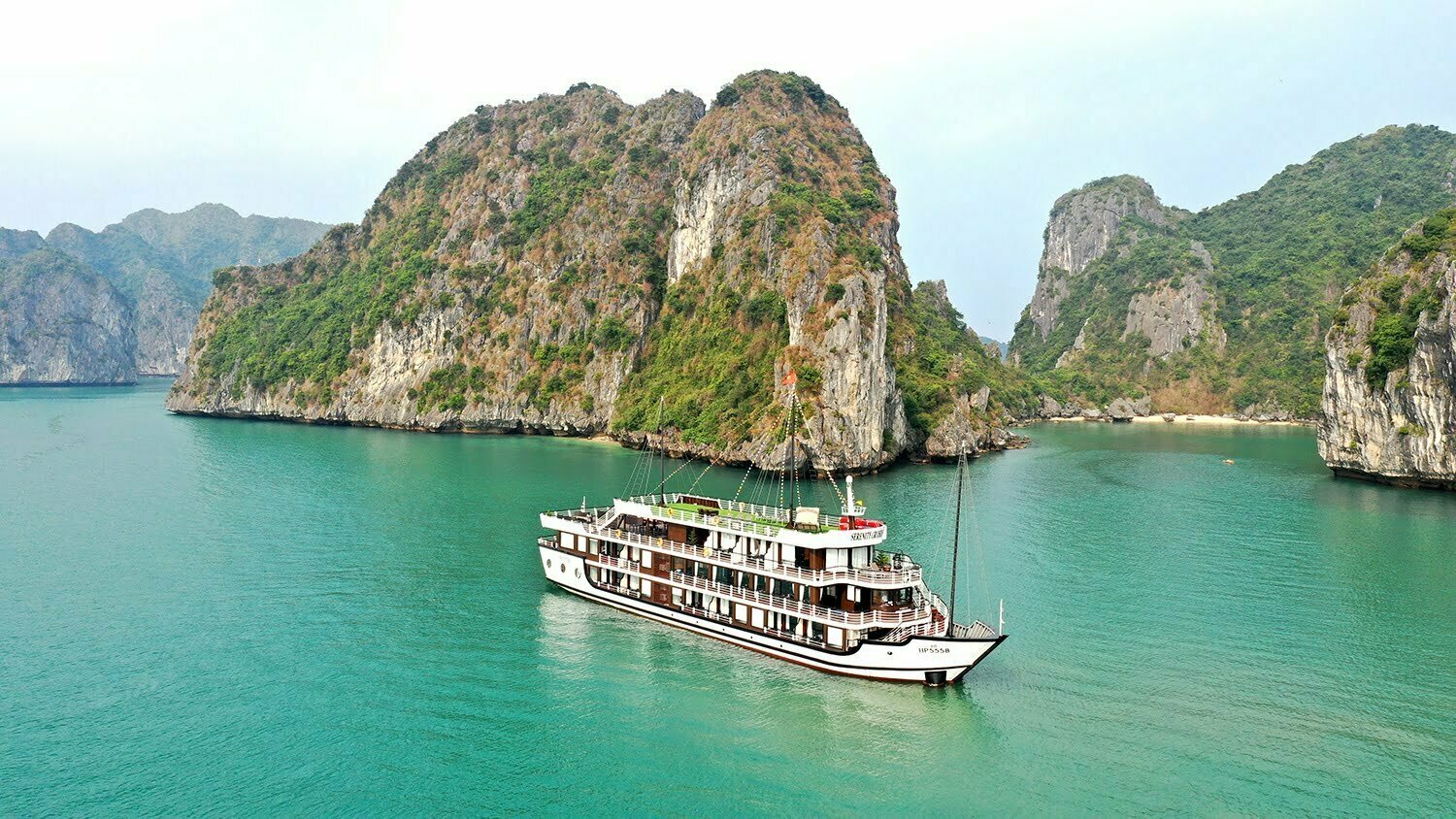 The answer is: Go to Halong Bay, start off at Tuan Chau harbor, avoid the crowd and go along the least frequented route, head straight to Lan Ha Bay, then make a circle and finish at the same Tuan Chau harbor. 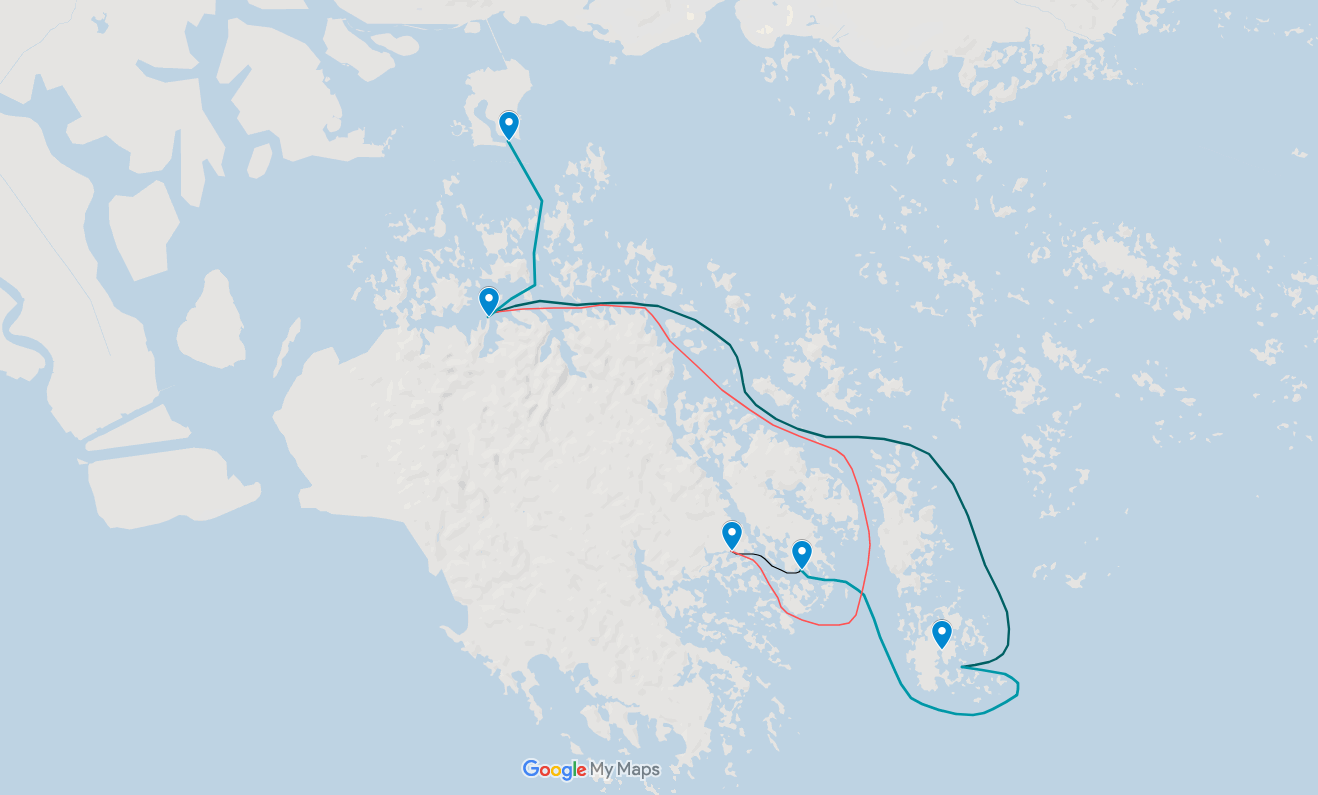 Serenity Cruises, opening in 2019, is the ONLY tour organizer that operates cruises following that route.  They also incorporate as many exploring and leisure activities as possible for passengers to indulge themselves in nature. 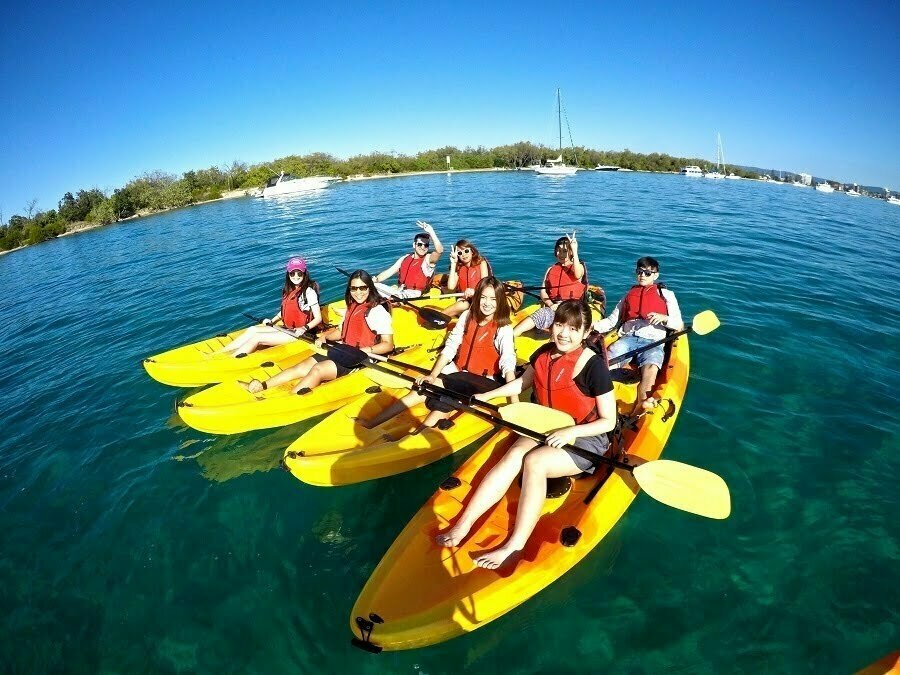 For more information about the bay and the itinerary that best suits you, feel free to contact us at:

You can visit Lan Ha Bay during a Halong Bay overnight cruise, or rent a boat and start your journey from Cat Ba Island.